So, after a season consisting of 106 games, spanning 11 months and taking in grounds in all manner of places and surroundings within three countries and at all levels, it’s time the honour the best, the worst, the weird and the wonderful of my travels over the past season.

From Croston to Crewe, whether on the pitch or off it, there has certainly been some memorable moments and characters & both new and old friends have been made/re-acquainted during my ventures and the awards celebrate the most brilliant, or otherwise, of all the experiences & escapades that have occurred. So without further ado, Ladies & Gentlemen, Boys and Girls, the very best of Season 2014-’15, Manchopper Style……

Unsurprisingly given the title of this award, there was only one nominee and one result only, just like a FIFA Presidential election involving Sepp Blatter. Congratulations to the horses who escaped and decided to watch over a wall and through a gate. They were left disappointed, I’d presume.

The drunken escapade of the season, sponsored by #lostboyos:

The Nominees: Me at Morecambe & Me At Glan Conwy.

Winner: Me at Glan Conwy

Well, what can I say. After making a horrible mess of a bag at the hands of a Sambuca-fuelled Eagle Sports, I somehow managed to get home after being on the phone to keep myself awake, or I’d have been stranded in Warrington. I parted company with my sunglasses somewhere in the vicinity of Sankey Platform 1. I’ve not been the same since… 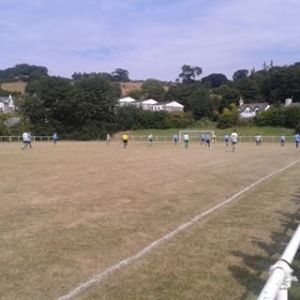 The  “Non League Review” best away day of the season:

Yes, Barnet was a clear winner of this award. After watching Barnet smash Altrincham for five at the Hive, Stew organised the first, and so far only, NLR Whistle Stop Tour. I was shown all the sights of London, before having some Chinese in A Box. Top day. 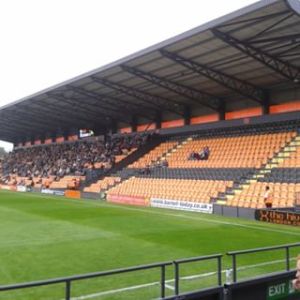 Strangest Venue Of The Season:

For as strange as Gresty Road hosting a home international for scheduled 2022 World Cup hosts Qatar was, as well as Old Trafford hosting Argentina vs Portugal, the Messi vs Ronaldo 45-minute non-event, a game in the grounds of the 5* Cheshire hotel, Mottram Hall, tops all. Not to mention that it featured Romanian side Dinamo Bucharest, who were being entertained by none other than Cheadle Town.

Most Memorable Day of The Season:

An award for the fixture that has made a late entry into the gongs. All the fans, atmosphere & the day in general, and causing trouble whilst agreeing…. 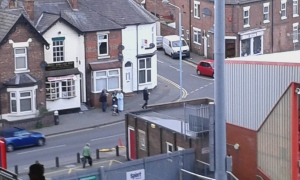 The “Where Do Vics Play?” Award, Sponsored by Football Spoon:

The Nominees: Football Spoon telling me how to pronounce Glasshoughton correctly as to avoid being lynched, Football Spoon laughing at my misfortune at Newcastle Town & Football Spoon informing Trafford FC’s Twitter account of the presence of Northwich Victoria at Valley Road, Flixton.

Yes, after Trafford’s account had said it was only Northwich Flixton Villa who played at Valley Road, the Spoon politely informed them of the presence of Vics and also helped remind them they’d played against them a year earlier. He was subsequently blocked. Nice. 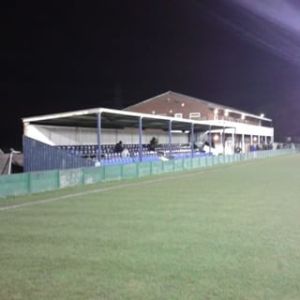 The Matt Harrison Craziest Character of the Season Award:

The Nominees: Neville and er….well no, one beats that!

What can you say about Nev. An absolute legend and one that will live long in the memory of all of us who met him at Chapel-en-le-Frith two weeks before the end of the season. Matt has the knack of attracting these weird and wonderful folk, and he didn’t disappoint on this occasion! Neville. What a hero.

The Manchopper Craziest Team of the Season Award:

The Nominees: Eagle Sports…..And that’s it.

As I said earlier, the club changed me on that day in Conwy, and it was damn crazy on the whole. Tbh, they’re not completely nuts, per se, but when the alcohol appears, specifically the Sambucca, everything changes. Maybe that’s just my drink-ruined mind talking, though.

Yes, The Tudors’ backing were the best I’ve come across this season. I saw them on two occasions, in the FA Cup, and on both occasions they were outstanding. Hemel take this award. King Henry VIII would be very proud.

Okay, onto on pitch matters now, and the best and not so good achievements on the field of play…Remember, this is only teams I’ve seen, so please no threatening messages or abuse, or I’ll send Alan Shearer round with Newcastle tickets. You’ve been warned….

The Hemel Fans complete with drummer

Team Performance of the Season:

In the relegation spots at 3pm, Penlake had to win. They comfortably did so, disposing of Golborne Sports by 9-0, with striker Alex Grisedale netting five times on his way to finishing top scorer. Staying up in style. 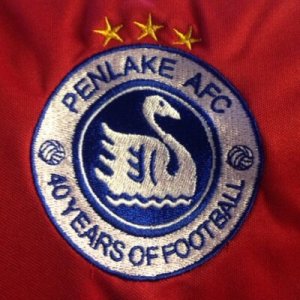 Individual Performance of the Season:

Despite the feats of all the above, you can’t ignore someone scoring five in a game to keep his side up, even if he was playing against a depleted side.

Best Game of the Season:

This one just pips Stockport vs Selby to the title, mostly because Stockport no longer exists and the game ended up in a replay after a 5-5 draw anyway. NFV, meanwhile, ended Atherton’s winning run in the league in quite unbelievable circumstances, winning 3-2 after previously being minnows in the league. They remained only mid table, but this was their finest hour.

Goal Of The Season:

Wrexham skipper Joe Clark’s opener in the FA Trophy Semi-Final 1st Leg is well worthy of the award. His 25 yard strike was put into the top corner in a gap the size of a postage stamp. Or, more precisely, a ball. Either way, it was a superb goal, and pips Meredith’s super hit. 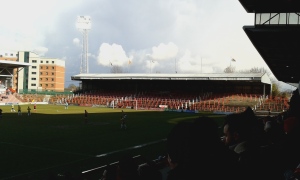 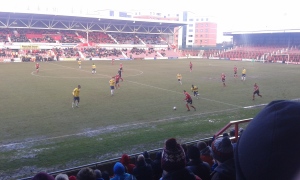 Ground Of The Season:

For pure backdrop and name alone it has to be the Rock. A nice clubhouse also features highly in my memories of the ground in Cefn Mawr. If you Smel…elllllll…ellll..el what The Rock is Cooking! 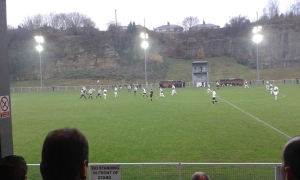 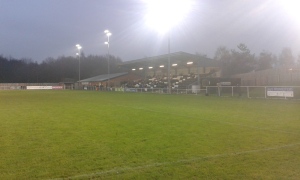 Yes, the overall appearance and look of the club has changed massively since the “Class of 92″‘s well publicised take over of the club last summer. In my opinion, this is very much for the better, and the benefit of non-league football in general. It adds a bit of something different, as the likes of Darlington and Halifax and FC United do, for differing reasons. So, for me, Salford are well deserving of this.

The Manchopper Team of The Season:

As much as you could argue that with the standard of players in comparison it wasn’t as difficult as others, in the case of Wythy, to go a whole season winning every game is some feat. In all competitions, lest we forget. A massive shout for Glossop too, who’s season was quite brilliant. I can’t split the two, really, considering the differing levels in which they play, so both sides can win an award here. If you like, Glossop win the “semi-pro” Team of the Season & Wythenshawe the Amateur award 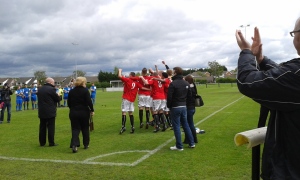 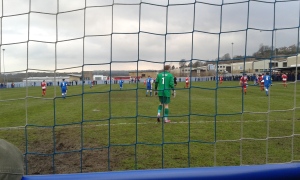